"My artistic sensibilities were ‘hatched’ at Albert” 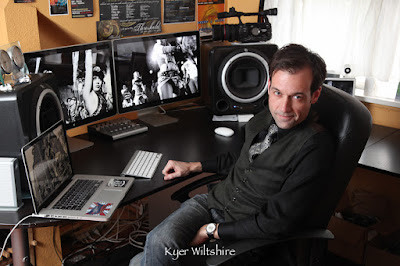 Kevin Balmer ’90 is an entrepreneur and the owner of a successful video production company in Portland, Oregon called Diggable Monkey Productions. “Without the support of the Samuel McLaughlin Scholarship I would not have had the opportunity to graduate from Albert College and might not be who I am today.” Kevin took some time to talk to us about his four years at Albert College and his journey to where he is now.
Kevin’s connection to Albert College began long before he walked through the front door in the ’80s. His father, Spencer Balmer ’53; aunt, Faith Smith ’60; uncles Neil Smith ’59 and Thomas Ballantyne ’43; and brother, Marshall Balmer, all attended Albert College before he did. Kevin’s grandmother was also connected to the College through the Albert College Ladies Guild. It was this family connection that Kevin explains “made Albert a soft landing for me. Albert College has always felt like home to me. Even before arriving, the spirits of Albert College were with me. The school holds a very special place in my memory and my life”.
Kevin fondly remembers the faculty and staff as supportive and encouraging. Kevin began playing the drums at the age of 12. When talking with his parents about the possibility of attending Albert College as a boarding student, he raised the question, “What about my drums?” Kevin’s father promptly called the College and asked the same question. Faculty member Mr. Clyde Dawson was able to see that continuing to play the drums was important to Kevin and, wanting to encourage his musical interest, had a room in the basement of the College converted to accommodate the arrival of Kevin’s drum kit. Kevin also spoke about connecting easily with both staff and students while at Albert. He has fond memories of faculty member Mr. Michael Tansley, as well. Both Mr. Dawson and Mr. Tansley had a significant impact on Kevin.  “If I were to write a book about my life, I would have to dedicate a specific chapter in my life story for these two,” Kevin says. It was not only the faculty that pushed Kevin to rise to the challenges set ahead of him but Headmaster Simon Bruce-Lockhart as well. “He was a well-respected man, who I and others looked up to. I can remember being inspired by his lectures in Chapel while at the same time finding him very easy to talk to. In my opinion he was the ultimate headmaster-type.” Kevin will be forever grateful for one specific phone call he received from Headmaster Bruce-Lockhart. During this phone call, Headmaster Bruce-Lockhart informed him that the school would like to offer Kevin a scholarship to continue attending. Without this scholarship Kevin’s family would not have been able to afford to continue sending him to Albert to complete his final two years of high school. “It was difficult to really truly appreciate at the time. Upon reflection I felt embraced, like I belonged and it was a big vote of confidence that the faculty and board at Albert College wanted me!”
After graduating from Albert in 1990, Kevin moved to the United States in pursuit of a career as a professional musician. After eight years, he and his band moved from Georgia to Portland, Oregon. The move did not work out for the band and, after some rocky times, things started to fall apart. At this point Kevin started looking for other job opportunities and found a position at Con-way Freight.  Twelve years later, Kevin found himself still working for Con-way Freight as a Geographic Information Systems Analyst at a job that he thought would hold a temporary place in his life. Kevin enjoyed the work and steady income, but he missed being creative. While working full-time, Kevin attended classes at Portland University and received an Advanced Degree in Urban and Regional Planning. One of the projects Kevin is particularly proud of is The Diggable City: Making Urban Agriculture a Planning Priority. It was through this and other projects that Kevin was reminded of his affinity for the arts and decided to start his video production company called Diggable Monkey Productions. When asked about his production company, Kevin said “I’m small, but I carry a big stick! After seven years, my digital footprint is quite large. I’ve worked on a number of documentaries, film shorts and other projects with a lot of colourful characters. I think in the near future I’ll be able to leverage my degree and move my work into a realm that will help Portland, Oregon tell its dynamic story. I’m proud of what I have accomplished and I enjoy that my work is interesting and engaging. Not everyone loves what they do and I am fortunate to be that lucky!”
Kevin reflects back to his time at Albert, “What I do now has a direct tie back to my time at Albert College; my artistic sensibilities were ‘hatched’ there. I learned at Albert to take risks, be confident and was inspired to be my best self. I still try to do that every day.” Kevin continued by saying, “Albert College has always excelled in providing a palpable family vibe. Even now looking at Albertalks magazines, that same family environment still lives and breathes as it did in my day. It’s something to pay attention to and it’s at the heart of what makes Albert great. It’s a really special place.”
Kevin left us with a little advice for current AC students, “Enjoy yourselves while you have the opportunity to discover who you are with support and encouragement in such a caring, wonderful and magical place. Remember: life is good. Seize the day.” 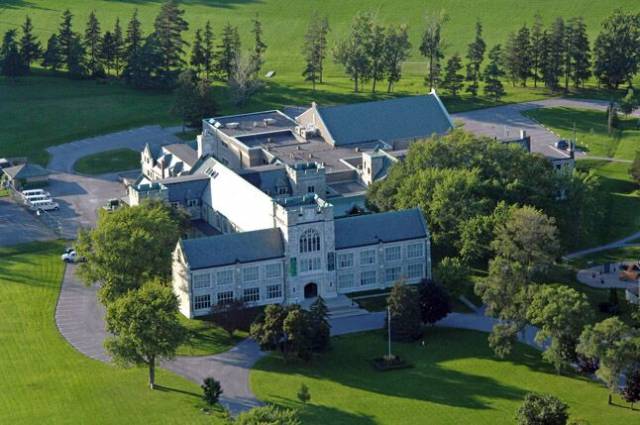 Posted by Diggable Monkey at 6:43 PM No comments: